The Future of the EB-5 Program 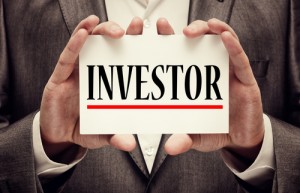 The EB-5 immigrant visa program is designed to give entrepreneurs, their spouses and their non-married children under 21 years-old, lawful permanent resident status in the United States. In order to qualify for this type of visa, the entrepreneur must invest $500,000 or $1 million, depending on the area of investment, in a business that creates or preserves 10 jobs for U.S. Citizens or lawful permanent residents.

The majority of EB-5 investors place their investment in regional centers. Regional centers are privately held entities that bring investor money together to develop hotels, ski resorts, office buildings and other projects.

The EB-5 investor program was set to expire in December 2015 but Congress continued the program until September 30, 2016 without making any changes. However, in recent months a Government Accountability Office report issued in August 2015, raised concern about Citizenship and Immigration Services’ (CIS) ability to oversee the program to prevent fraud. In an effort to address this concern and deter fraud, Congress has considered raising the investment amounts from $500,000 to $800,000 and from $1 million to $1.2 million (depending on the area of investment), raising filing fees and imposing new monitoring responsibilities on CIS. With fraud concerns, it is likely Congress is currently developing some significant changes to the program to be implemented in September.

As a potential EB-5 investor, it is important to stay current on these possible changes. If you have any questions about the EB-5 program or potential changes coming up later this year, please contact us.

We're not around right now. But you can send us an email and we'll get back to you, asap.